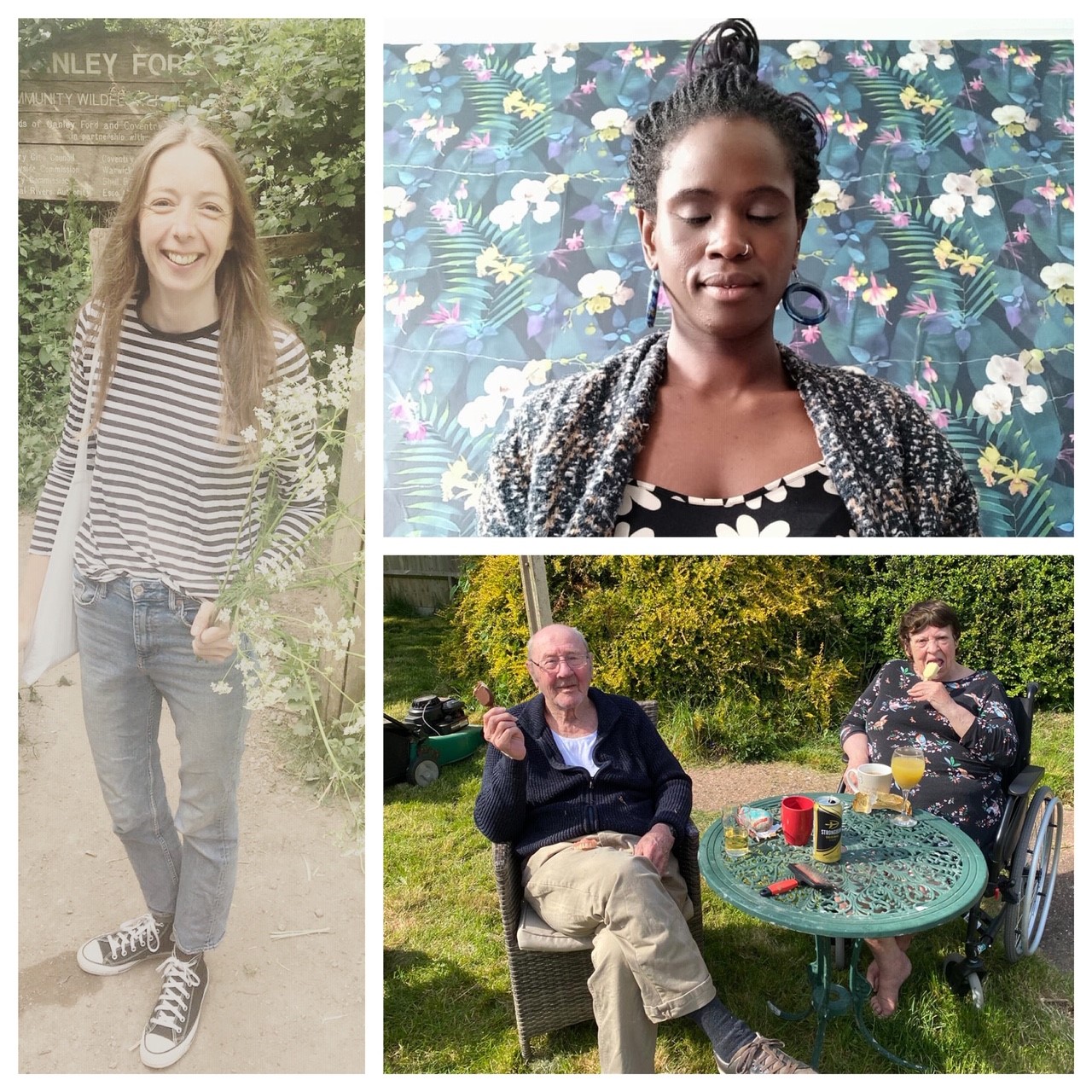 In our third instalment of the Charity People series “Furloughed Not Forgotten”, we hear three very different stories from our colleagues Alice, Tanya and Zelda.  We were keen to learn what changes they’d made to make their new lives away from work, that much more manageable.  Hopefully offering you some useful tips, on how to better cope with life aboard the good ship Furlough, or at least, if you’re also on furlough, to see that you are not going through it alone.

After initial pangs of unease and uncertainty, Alice has discovered a newly found sense of serenity.  The most significant shift for Alice has been spending so much quality time with her 3 year old daughter, who would usually be at nursery.  Alice explains, that aside from an official sabbatical, this is a rare occasion that has allowed her to embrace a less hectic and simpler way of life.

Alice has also been keeping herself busy, successfully landscaping her garden and is now on to sewing her daughter a new quilt cover.  When Alice has an off-day, she takes herself off foraging, apparently Cow Parsley is her new jam (see pic). I’m now imagining Alice’ house, floor-to-ceiling with vases full of the stuff! Hehe.  If you have green fingers and are looking for similar inspiration, Alice points you to these guys – https://www.floretflowers.com/

Tanya’s story is a little different; she was just three weeks’ in to her new role here at Charity People, before lockdown.  Tanya is someone who likes to plan, usually at least 12 months ahead, so this has well and truly scuppered her personal master-plan for 2020.  Luckily, Tanya is way more in touch with herself than most of us.  She is really passionate about her wellbeing and says maintaining a routine has been key. Tanya is up early, most mornings, for a combination of either Meditation, stretching, reading or Hit exercises.  Combined with a daily walk, for a vital hit of vitamin D, which helps her feel great in body and mind. Tanya also trained herself to not look at her phone, for the first couple of hours of the day. Something we could all benefit from.   Tanya and her partner have been apart seven weeks and that’s been tough for both of them.  Aside from regular video-chats, they have bonded watching BBC’s Normal People, simultaneously.  Enabling them to live through the characters portrayal of a tricky relationship.

Zelda has had an eventful couple of months, just a week prior to our lockdown announcement; she flew to Sri Lanka, to get married.  Unfortunately due to lockdown restrictions there, they couldn’t hold the ceremony and were forced to cut short the trip.  The virus also brought significant change for Zelda at home, both parents (pictured above) have Dementia, which always has its challenges.  Zelda opted to reduce their care plan to minimise risk and now delivers much of that care herself.  Zelda is someone with an ability to see the funny side of virtually any situation.  A rare quality that enables her to work full time with us and balance the needs of her parents on a daily basis.  She jokes – “On the up side, at least my parents don’t have to worry about the pandemic, they’re having a great summer, blissfully unaware of the mayhem around the world!”

Zelda is a big advocate for Geocaching, her family take walks in the beautiful Kent countryside, combined with a treasure hunt, what’s not to love! Link: www.geocaching.com/play

Zelda made an interesting observation about furlough life.  She highlights, had I reached out to everyone during April with similar questions, I would have likely received a very different narrative.  Throughout the first month of furlough, everything was new and levels of fear and uncertainty were at its highest. Nobody knew how bad things would get, or how long they would be away from work. It took most people the first four weeks to adjust and adapt.  One of the routes to finding their groove was by completely switching off from worrying about work and replacing it with a bespoke routine.